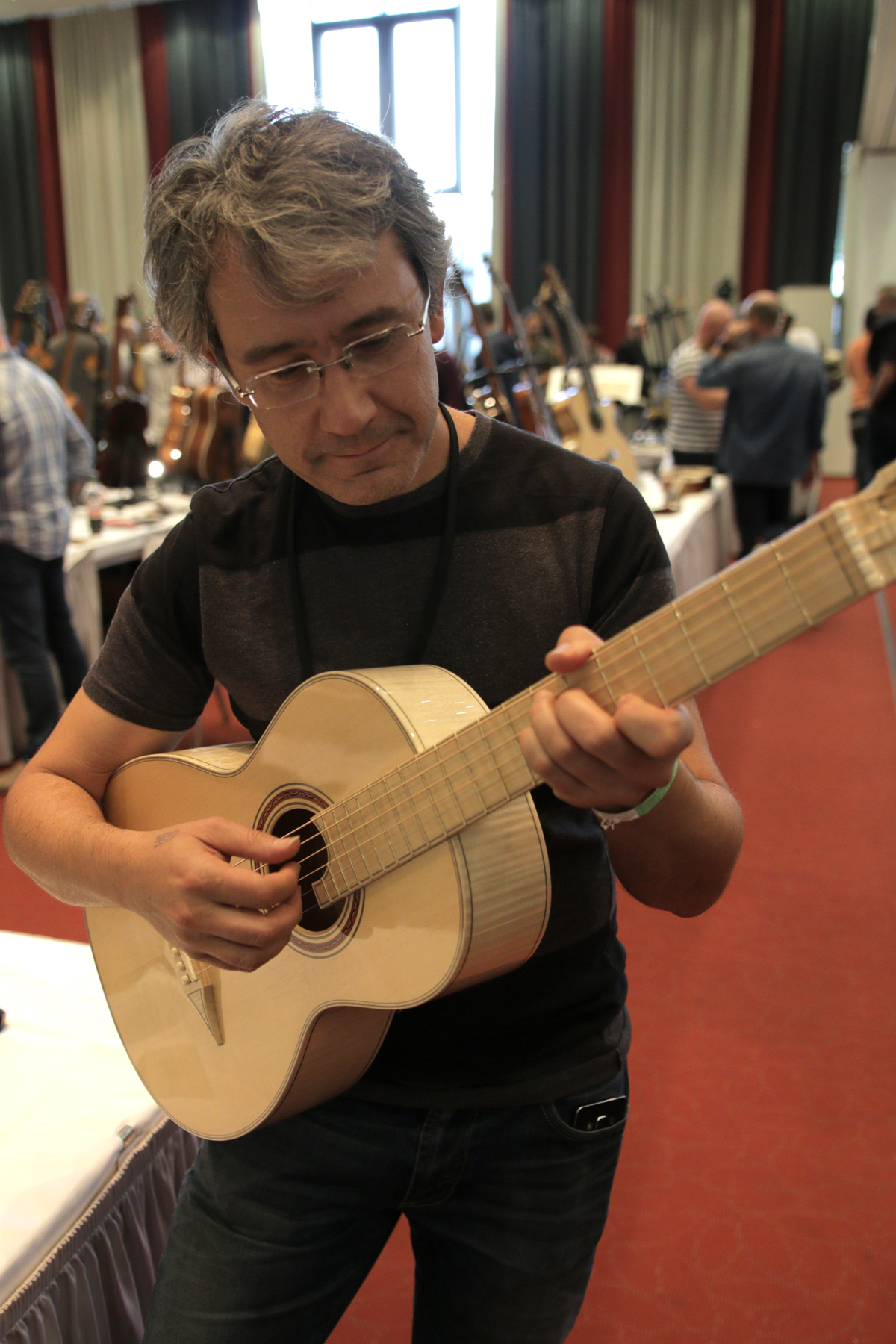 Dontcho Ivanov is a Montreal-based luthier. He began studying classical guitar at the age of 14 in Bulgaria and has since devoted his life to music. After a three-year stay in France where he continued to perfect his art, he came to Montreal, Canada to complete his BA in classical guitar interpretation at UQAM.

His passion for the guitar and his continuous curiosity about how the instrument is built naturally led him to the world of lutherie. In 2010 he enrolled in the Guitar Bruand School, where he learned to build classical and flamenco guitars in the Spanish tradition with Hugues Lefort, and steel-string guitars in the California style with Mario Beauregard.

In 2013, Dontcho Ivanov received the first prize of excellence from Bruand, and was chosen to represent the school at the Healdsburg Guitar Festival in California. He has since exhibited his work at the Ottawa Guitar Show, the Santa Barbara Acoustic Instrument Celebration, the Holy Grail Guitar Show in Berlin, the Vancouver International Guitar Festival, the Montreal Sonore Festival, the Quebec International Guitar Show, and more recently at the Osaka Sound Messe and the Tokyo Handcraft Guitar Festival in Japan.. His instruments show a remarkably high quality of acoustic response and craftsmanship.